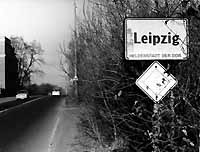 The entire East German government resigns, after directing a final appeal to the public that, »in this serious situation, all energies be concentrated on keeping up all functions indispensable to the people, society and the economy.« The ministers will remain in office until a new cabinet is formed. Their last decision is to eliminate military instruction in schools.

Conflicts also break out in the other parties traditionally allied with the SED. After a heated debate, the National Democratic Party (NDPD) elects Günter Hartmann its new Chairman. The Liberal Democrats (LDPD), who helped initiate the reforms and thus can get by without a change in leadership, demand an audit of the economy and fundamental economic reforms by the future cabinet.